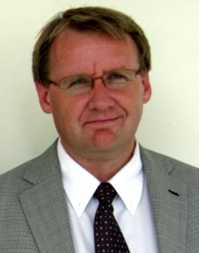 Helping to lift the global burden of trauma will have far-reaching consequences for generations to come, argues Derek Farrell.

‘Northern Ireland is a changed place – for the better. It is a more prosperous and peaceful place than it was before the signing of the Belfast or Good Friday Agreement in 1998 and the formal ending of the decades-long conflict thereafter. However, in the intervening years, recognition has been growing of the social, economic, and political legacy of the Troubles, and, in particular, of the transgenerational effect of conflict-related trauma on the mental health of the population.’ Rory O’Connor and Siobhan O’Neill1

The global burden of trauma in the 21st century is a phenomenon that cannot be overstated.2,3 Today the world is facing an unprecedented number of humanitarian emergencies brought about through the consequences of human atrocities and natural disasters. At this present moment the number of refugees and internally displaced persons is at its highest level since the Second World War. One of the inevitable consequences of conflict is its ability to generate vast numbers of people vulnerable to the effects of psychological trauma – namely traumatic stress. Definitions of traumatic stress lack consensus; however, trauma is an emotional response to a terrible event such as an accident, rape or natural disaster of which typical post-event symptoms include shock, denial, unpredictable emotions, flashbacks, strained relationships and even physical symptoms like headaches or nausea.4,5 However, in prolonged conflict, trauma experiences are more repetitive and frequently compounded by factors such as denial, secrecy, retribution and revenge.6

An extreme form of traumatic stress is known as posttraumatic stress disorder (PTSD), a diagnostic/conceptual framework in existence since 1980 – a product of the post-Vietnam era. Importantly, the prevalence of PTSD is much higher when individuals are survivors of moral atrocities. For example, the 30-year conflict in Northern Ireland results in it having the highest level of 12-month and lifetime PTSD in the world – estimated at some 26 per cent.7 In fact approximately 40 per cent of the country’s adult population has one or more conflict-related traumatic experiences, the rate higher among the elderly,7 as this population had the highest level of exposure to the repetitive impact of trauma and toxic stress. The extremely stressful experiences caused by natural or accidental disasters (earthquakes, plane crashes, violent weather etc) are more likely to be remembered by individuals than traumatic events deliberately caused by humans (eg incest, torture, war crimes). When people experience traumatic events as adults, they are less likely to dissociate conscious memories of the events than children who
experience trauma. Research shows that the younger the child is at the time of the trauma, the less likely he or she will be to remember the event. The problem with the current PTSD diagnostics frameworks8,9 is that they are limiting and insufficiently capture the myriad of trauma experiences clients encounter. It is important to remember that these diagnostic frameworks are based upon adults’ experiences of trauma. Only 25 per cent of traumatised children meet the criteria for PTSD, which is an argument for why childhood trauma should be considered differently from that of adult trauma.

A further intriguing aspect relates to complex trauma and genetics. Existing neurobiological and psychological frameworks do not really explain chronic trauma responses
and why the psychological effects of trauma can be long lasting and transformative. Yehuda et al10 suggest a critical consideration relating to transgenerational aspects of trauma – more specifically epigenetics. Epigenetics is the study of changes of organisms caused by a modification of gene expression, which results in certain genes being switched ‘on’ and ‘off’. Epigenetic change is a naturally occurring phenomenon influenced by age, disease, lifestyle and the environment. Research carried out by O’Neill, Armour, Bolton et al7 highlights the cyclical aspects of transgenerational epigenetic changes. Yehuda’s11 research on epigenetics explored the wellbeing of offspring of Holocaust survivors to determine if they had encountered more mental health problems than non Holocaust populations. They concluded that third generation
survivors did in fact experience significantly higher levels of PTSD, depression and anxiety than those of a comparison group. This phenomenon can be best explained from an epigenetic perspective. The transgenerational effect of conflict-related trauma on the mental health of the population articulated by O’Connor and O’Neill,1 is also highlighted in Felitti et al12 in their groundbreaking epidemiological research into adverse childhood experiences. Felitti and Anda13 concluded that there is a correlation
between childhood trauma experiences and obesity, diabetes, depression, suicide, sexually transmitted diseases, heart disease, liver disease, cancer, stroke, chronic
obstructive pulmonary disease and broken bones.

The seminal works of both Yehuda and Felitti et al point to a higher significance of psychological trauma than has generally been recognised up to now. But there may be more. According to the World Health Organization14 75 per cent of the global burden of mental illness relates to depression, anxiety and substance misuse. They project that both depression and addiction will be among the top five healthrelated conditions by 2030. But what if both depression and substance misuse are not the correct primary diagnosis but instead a secondary consequence of trauma? Then the case for evidence-based effective trauma treatments becomes even more compelling.

So, how can the world begin to tackle this trauma problem on a scale commensurate with its extent, severity and repercussions for individuals and society? In August 2013 the World Health Organization published a meta-analysis of empirically supported treatment for stress.5,15 With regards to PTSD, they concluded: ‘Trauma-focussed CBT and Eye Movement Desensitisation and Reprocessing (EMDR) therapy are recommended for children, adolescents and adults with PTSD.’ Interestingly they also stated: ‘Like CBT with a trauma focus, EMDR therapy aims to reduce subjective distress and strengthen adaptive cognitions related to the traumatic event. Unlike CBT with a trauma focus, EMDR does not involve: detailed descriptions of the event; direct challenging of beliefs; extended exposure; homework.’15   CBT is much more established as a psychological treatment and EMDR therapy is relatively recent. EMDR therapy is an integrative psychotherapy approach that has been extensively researched and proven effective for the treatment of trauma. It utilises a trans-diagnostic theoretical framework known as adaptive information processing (AIP). The context of AIP is that trauma causes imbalance in the nervous system, thus creating blockages or incomplete information processing – namely trauma memories. EMDR
therapy has three primary goals:

EMDR therapy follows an eight-phase protocol that activates these trauma memories and then stimulates them bilaterally. Although in some quarters there still remains some controversy about the use of bilateral stimulation in EMDR therapy, several meta-analyses demonstrate that it is an important agent of change in the treatment intervention.16–19 There are some mechanisms that may explain the positive impact of bilateral stimulation.

In support of these hypotheses, eye movements have consistently shown to decrease the emotionality and vividness of memories, create a physiological relaxation response, facilitate access to associative memories and lead to an increase in recognition of information that is true.20

Although trauma-focused CBT (TF-CBT) and EMDR therapy are both effective, there are some

1  As EMDR therapy does not require clients to provide detailed narratives of their traumatic experiences, it can be very effective when working with traumas that are
‘shamed-based’ or culturally and/or gender sensitive (eg among military veterans or survivors of sexual assault).
2. Numerous international trainings in EMDR therapy as part of either humanitarian assistance interventions or trauma treatment capacity building programmes (currently in operation in Pakistan, China, Palestine, Myanmar, Iraq, Thailand and Cambodia, for example), demonstrate that as an experiential treatment, EMDR therapy is more culturally adaptable and sensitive than TF-CBT.3, 21, 22
3. EMDR therapy is amenable to the use of skilled interpreters and still works effectively in reducing the impact of psychological trauma.
4. A study by Rodenburg et al23, comparing EMDR therapy with TF-CBT with children, found that, while EMDR therapy was marginally more effective, fewer treatment sessions were needed with the EMDR therapy than with TF-CBT to achieve that result.

In prolonged conflict, trauma experiences are more repetative and frequently compounded by factors such as denial, secrecy, retribution and revenge.

Dysfunctional memory networks are not unique or specific to PTSD. Some current areas of EMDR therapy research and development activity include (the list is not exhaustive): depression, PTSD within psychosis, PTSD within bipolar affective disorder, eating disorders, performance, traumatic grief and bereavement, addictions, humanitarian contexts, pain (including phantom limb pain), Alzheimer’s disease, forensic client groups, and oncology. EMDR therapy works best when it is adapted to the specific needs of the client and not the other way around. It is the client who needs to be at the centre of the process. It is not meant to be practised as a linear model; it is a flexible and accommodating psychotherapeutic approach. It won’t however make true things false or false things true. It won’t cure malaria, eradicate world poverty or prevent natural disasters. But what it can do is make an effective difference in enabling a person to move from re-experiencing the past in the present to  remembering the past in the present. Effective trauma treatment can make a difference. Small as that difference may seem, it makes all the difference for those who have needlessly, and for too long, been imprisoned by their trauma memories. Helping lift that global burden of trauma will have far-reaching consequences, not just individually and globally, but also for generations to come.

Derek Farrell is a principal lecturer in psychology at the University of Worcester. He is Programme Director of an MSc in EMDR therapy – the first such MSc in the world. As well as an accredited EMDR Europe trainer and consultant, he is a BABCP accredited CBT therapist. Currently he is President of Trauma Aid Europe and is involved in numerous humanitarian assistance projects, including Myanmar, Cambodia, Iraq, Pakistan, Palestine, Thailand and Indonesia. For further details on the MSc EMDR Therapy Programme, email r.thompson@worc.ac.uk
or visit www.worcester.ac.uk/journey/msc-emdr-therapy.html Email: d.farrell@worc.ac.uk